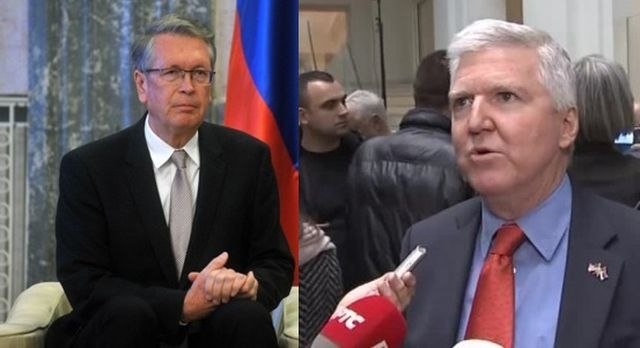 Russian Ambassador to Serbia Aleksandr Chepurin wrote this in an op-ed published in the Belgrade daily Politika.

According to Chepurin, Vladimir Putin's visit promises to be dynamic and effective.

"Comparing positions on a wide range of issues is expected, the signing of numerous bilateral documents, and encouragement of further cooperation. Most of Serbians have particular respect for Vladimir Vladimirovich Putin. Over time, these good feelings are only growing stronger, which is the promise of the visit and of further development of brotherly relations," said the diplomat.

He said that Russia has been providing and will continue to provide Serbia with decisive support in defending its sovereignty and territorial integrity within the Kosovo issue.

"The emphasis will be on interaction in innovation areas, such as application of the 'peaceful atom', development of information technologies, cooperation in the reconstruction of Serbia's railways, modernization of the underground gas storage Banatski Dvor, construction of the Bulgaria-Serbia-Hungary gas pipeline. There is a real possibility to strengthen cooperation in agriculture and industry by organizing joint production. We need to invest in all of our talent and all of our passion," said the Russian ambassador.

He recalled that Russia and Serbia celebrated the 180th anniversary of formal diplomatic relations in 2018, and will in 2019 celebrate the 85th anniversary since the liberation in WW2 of Belgrade from the fascist occupiers.

"We have a rich creative agenda. Russia and Serbia are not friends 'against someone'. We will continue to improve our strategic partnership, gaining new directions for the sake of the prosperity of the people of Russia and Serbia. Will we succeed in doing all this? We have no other option," Chepurin said.