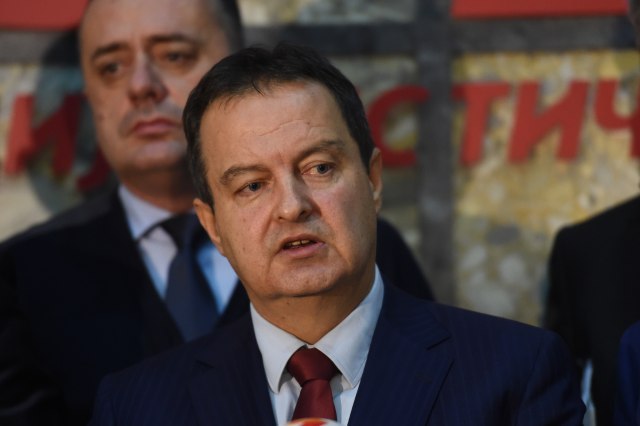 He also pointed out that the fact that the Brussels dialogue has been stopped for months does not mean that a solution is not being sought.

"I am the first to wish we could come to a solution, but today nobody can claim that we will have it in the year ahead. The Brussels dialogue has been stopped for months, but that does not mean that a solution is not being sought, that there is no communication, Dacic told Vecernje Novosti's December 31 edition.

He said that it was important for Serbia to be fully involved in all talks and that nothing can be agreed without it, adding that Belgrade did not have such a position until "five or six years ago."

"If we talk about entering the final phase and that it will take place during the next year, I can say with certainty only that Serbia will have a say about every solution and will fight for its interests," said Dacic.

The head of Serbian diplomacy added that there has been no demand to change the format of negotiations, or the participants in the dialogue between Belgrade and Pristina, and that Serbia "has nothing against the involvement of the United States, but that he would also like to see the participation of other great powers in that process, above all Russia and China."