EU "grateful to Serbia for no counter-measures against PR" 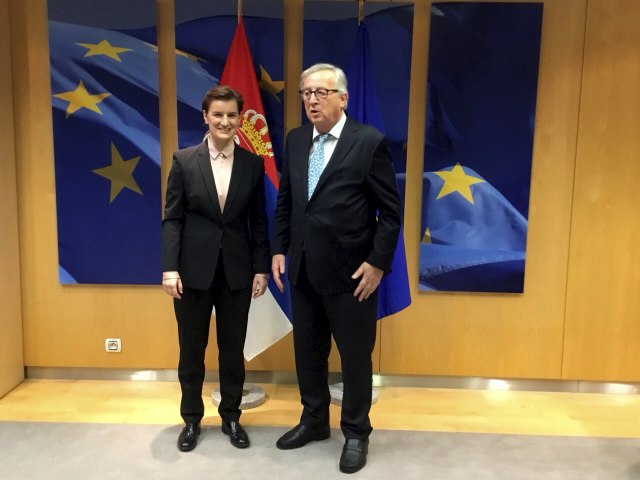 Brnabic said after the meeting that she felt "support and gratitude to Serbia during her visit to Brussels for not imposing countermeasures against Pristina, which in particular contributed to regional stability."

Brnabic stressed that during a two-day visit to Brussels, she came across full understanding of all the interlocutors, adding that the meeting with the EC President was excellent, adding that it was also attended by European Commissioner for European Neighbourhood Policy and Enlargement Negotiations Johannes Hahn.

She said that during the talks, she expressed her gratitude to Hahn, EU High Representative for Foreign Affairs and Security Policy Federica Mogherini and European Commissioner for Trade Cecilia Malmstrom for all the support that Serbia has received on its European path.

With this we have rounded off a visit to Brussels and I hope that this will give us new energy in our talks with the European Union, as well as give a signal for the general calming of the situation in the region, she said, adding that she hopes that things will get back to where they were before Pristina introduced taxes.