Kosovo army has no business in North, Serbs say

Goran Rakic says his message to Pristina, the international community, and the newly formed Kosovo army is that they have no business in northern Kosovo. 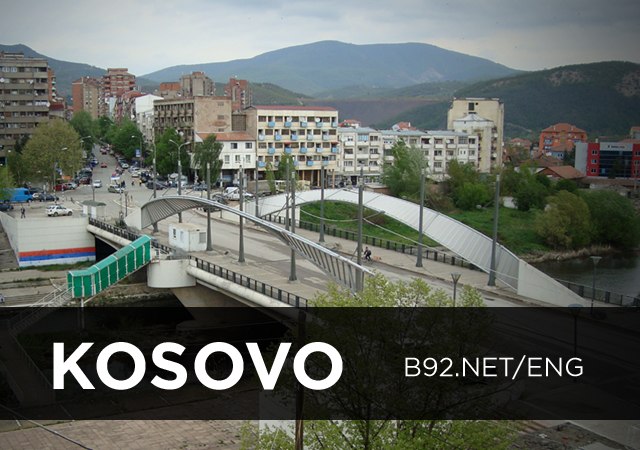 According to all international documents, and especially UN Security Council 1244, the only armed force that can enter northern Kosovo, mostly inhabited by Serbs, is KFOR, the Serb List leader told a news conference after the Kosovo Assembly adopted laws allowing for the transformation of the Kosovo Security Forces (KSF) into an armed force.

"Today, in the presence of all international representatives, before the eyes of the EU and the UN and everyone in the world, the UN Charter has been trampled on, Security Council Resolution 1244 that states the only armed formation is KFOR. Peace and security in these areas have been attacked in the crudest manner," said Rakic, who recently, along with three other Serb mayors from the north, resigned his post as mayor of northern Kosovska Mitrovica.

He urged Serbs to show restraint and not fall for provocations.

"On behalf of the emergency HQ and the local self-government of the four municipalities in the north, I call on Serbs to show restraint regardless of where they live, not to fall for provocations, because there will certainly be provocations. Our goal and interest is to maintain peace in these areas," said Rakic.

He added that, nevertheless, his message both to Pristina and to the international community will be that the Kosovo armed forces are not welcome in northern Kosovo.

"To us they don't count, they have no business with us, especially not in northern Kosovo," Rakic concluded.

The US embassy in Pristina has reaffirmed its support to the gradual transition of the KSF to forces with a territorial defense mandate, as it is "the sovereign right of Kosovo."

The embassy urged the Kosovo government "to continue close coordination with NATO allies and partners and become involved in informing minority communities now, and throughout the multi-year process (to form an army in Kosovo) that follows."

Also on Friday, NATO Secretary-General Jens Stoltenberg said he regrets that the Kosovo Assembly has decided to transform KFS despite concerns from the alliance, adding that "this move comes at the wrong time."

According to Stoltenberg, NATO supports the development of the KSF in accordance with their current mandate.

"With the change of the mandate, the North Atlantic Council will now have to reassess the level of NATO's cooperation with KSF," a NATO statement said.