"If you don't like me, pick another, but only in elections"

Serbian President Aleksandar Vucic says that "if the people don't like him, they can choose somebody else in elections - not in the streets." 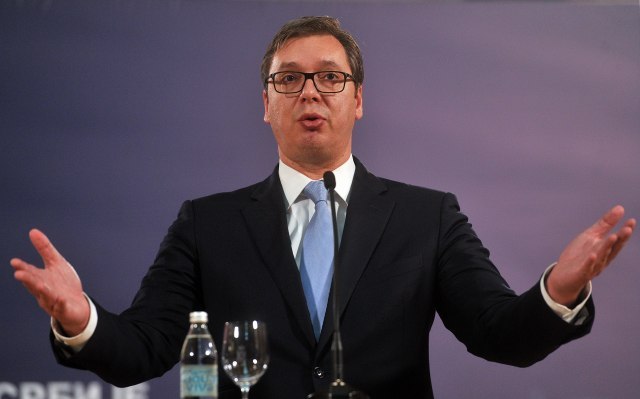 "When the people in elections say that they want someone else, be my guest, do it. And I will not change my policy under pressure... If you don't like me, choose someone else. but in elections," Vucic said in Trstenik on Thursday, after the opening of a Amphenol Automotive Technology plant.

He said that the opposition will not see a single policeman at their protests, but that "the people only have a say in elections and there is no other way of making a democratic choice."

"I will not make a single decision under pressure. The people exert pressure in elections, not in the streets," Vucic said, adding that it was "not his job to ingratiate himself with anyone."

After a protest in Belgrade last Saturday, Vucic said that he would never fulfill any of the demands - "not even if five million people were to turn up."

Another protest has been announced for next Saturday.