Prime Minister Ana Brnabic said in Prague on Monday that the Serbs in Kosovo-Metohija are in danger of facing a humanitarian catastrophe. 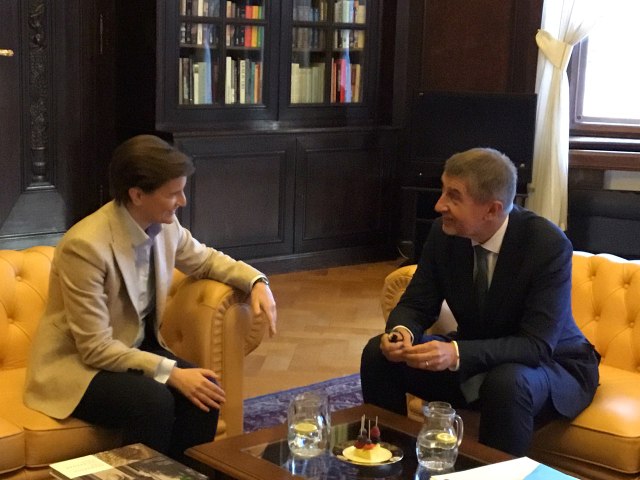 Brnabic spoke after her meeting with Czech Prime Minister Andrej Babis, and added that the region should return to where it was before Pristina's measures, the Serbian government said.

Brnabic told a joint press conference with Babis that she used the visit to the Czech Republic, which recognized Kosovo's independence, to make Czech President Milos Zeman and Babis familiar with the challenges that Serbia and the Serb people in Kosovo and Metohija are facing.

She pointed out that Serbia had a difficult November because of the measures imposed by Pristina on goods from central Serbia and Bosnia-Herzegovina, stressing that Serbs in the province have been denied newspapers in their mother tongue.

According to her, the announcement of the transformation of Kosovo security forces into an army is especially disturbing for both Serbia and regional peace.

"I asked Babis to help and influence the EU to return to the issues that lead to a stronger and more promising region, rather than to raise barriers," Brnabic said and underlined that the Serbs in Kosovo and Metohija are in danger of facing a humanitarian catastrophe.

The Czech prime minister said that he and Brnabic spoke about Kosovo and tensions that are getting stronger.

"Kosovo does not meet its obligations and we will do all that we can to reduce the tensions to a minimum. We believe that Serbia’s approach is constructive," Babis underlined.