Brnabic: Serbs in Kosovo on brink of humanitarian disaster

Pristina's measures in Kosovo and Metohija have brought the Serbs there to the brink of a humanitarian catastrophe, Serbian Prime Minister Ana Brnabic has said. 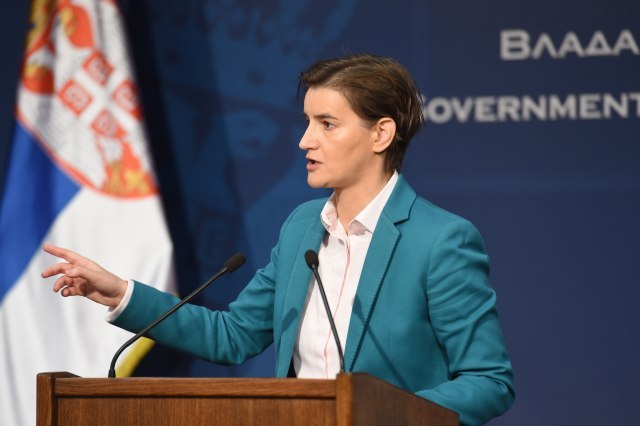 "The example of what is happening in KiM (Kosovo and Metohija) is a warning to us about how harmful the consequences of trade and other blockades can be. The taxes on products from central Serbia and Bosnia-Herzegovina have brought Serbs in our southern province onto the verge of a humanitarian catastrophe, and Albanians in KiM also suffer the consequences due to the price increases of products," she told the Third International Conference of the Belgrade Strategic Dialogue" entitled, "Belt and Road Initiative in the Balkans."

Authorities in Pristina have imposed taxes of 100 percent on goods from Serbia and Bosnia and Herzegovina, while "new measures" against Serbia have been announced.

Brnabic also assessed that the secondary and more serious consequence was the political and security destabilization that arose due to "a series of such thoughtless and anti-civilization moves of Pristina, contrary to reason, in the order of things that many wise people in China were aware of two and a half millennia ago. "

The Serbian prime minister pointed out that Serbia is sincerely determined toward completely free trade and economic cooperation, adding that her country "does not believe that isolation can lead to prosperity and advancements."