The provisional institutions in Pristina and the Albanian delegation on Thursday walked out of a regular session of the CEFTA Joint Committee in Pristina. 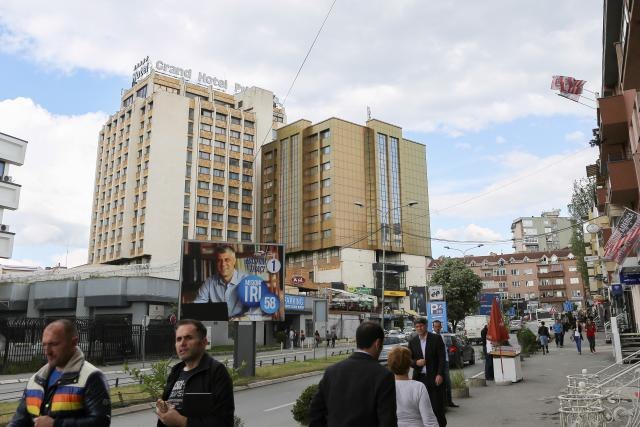 Despite numerous tensions in the relations with Pristina, representatives of the Serbian government attended today’s regular meeting of the CEFTA Joint Committee in Pristina in order to send once more a message of peace and tolerance, and show good will to constructively try to negotiate and solve the issue of imposed tariffs by the Provisional institutions of self-government in Pristina, in accordance with the mechanisms and procedures of CEFTA, the Serbian government said on its website.

Although the meeting can be chaired exclusively by UNMIK as the CEFTA agreement chairman for the year 2018, which is in accordance with international treaties and UN Security Council Resolution 1244, Serbia accepted the meeting to be jointly opened by UNMIK and the Provisional institutions of self-government in Pristina, proving once again its good will to settle this matter peacefully through dialogue.

The representative of Serbia reiterated at the beginning of the meeting that we expect Pristina to withdraw immediately the radical, illegal and discriminatory measures of 6 and 21 November, which constitute a direct breach of the CEFTA and the Stabilization and Association Agreement.

Special Representative of the United Nations Secretary-General and Head of the United Nations Interim Administration Mission in Kosovo (UNMIK) Zahir Tanin expressed his concerns regarding the tariffs imposed on Serbian and Bosnian goods, and stated that such actions represent a clear violation of the CEFTA and should be withdrawn.

He called on the leaders of all sides to show greater restraint and avoid further provocation that could jeopardize prospects for the normalization of relations or potentially escalate tensions.

Once again, the Republic of Serbia acted constructively and tried to solve this problem peacefully, through dialogue and negotiations. However, the other party has obstructed the process.

Immediately after the meeting, the representatives of the Republic of Serbia left Pristina, escorted by UNMIK and KFOR towards Central Serbia, due to high security risks.