Appeal to Germany to help stabilize situation in region

Prime Minister Ana Brnabic warned on Tuesday that there was a growing danger of further radicalization in Kosovo and Metohija, the government announced, 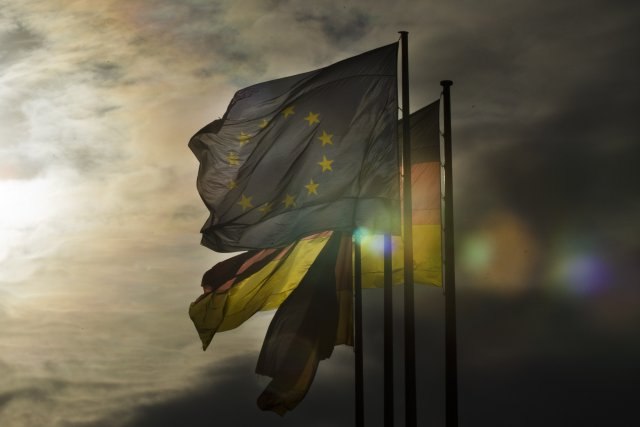 Brnabic, speaking during a meeting with German Bundestag and Free Democrats' Party member Renata Alt, said this danger was due to a series of moves that Pristina has taken over the past month.

Brnabic pointed out to the decisions of Pristina, firstly the one made on 6 November, introducing a 10% tax on all products from central Serbia and Bosnia-Herzegovina, followed by the decision of November 21on additional tax increase to 100 percent, and the latest announcement of 3 December on the formation of the so-called "army of Kosovo".

She emphasised that all these decisions constitute an unequivocal and gross violation of international agreements and treaties, such as the CEFTA agreement and the Stabilisation and Association Agreement, the Brussels Agreement, and even the Constitution of the so-called "Republic of Kosovo."

"Serbia will keep peace and stability. There is nothing more important than that for all citizens in the region," the prime minister reiterated.

According to Brnabic, thanks to the efforts and initiatives of the European Commission and individual EU members, such as Germany that initiated the Berlin Process, the whole region has made significant progress in recent years, first of all in a commercial sense.

This has opened up space for new initiatives that we have begun to talk about – mutual recognition of professional and academic qualifications, roaming, launching of the Regional Institute for Research and Development, in order to ensure a different future and prosperity for our citizens, explained Brnabic.

The prime minister stressed that all this was jeopardised by Pristina's decisions, and the formation of the "Kosovo Army" represents the greatest danger and the most far-sighted decision to date and can easily be a crucial moment for further dialogue and regional stability.

She once again asked for German support to re-open a clear prospect for regional co-operation and security for Serbs living in Kosovo.

Despite the unreasonable measures and the increasingly radical rhetoric from Pristina, Serbia will not impose countermeasures, because peace is difficult to establish, it must be preserved, stated the Prime Minister.

According to Brnabic, our absolute focus is on young people, empowering science and better linking science and the economy in order to make preconditions for strengthening the European future not only of Serbia, but of the whole region.

Speaking to the German Bundestag MP, the Prime Minister presented the most important economic results and pointed out that GDP growth of 4.5 percent was achieved in the first ten months of this year, the highest growth in the region.

Brnabic pointed out that Germany is one of the largest investors and that with the arrival of German companies, which employ more than 50,000 people in Serbia, business practices and business standards have been improved, which is a significant contribution to the reforms implemented by Serbia.

She stressed that our key foreign policy goal is full-fledged membership in the EU, for which there is no backup plan.