EU commissioner "going to Kosovo with one clear message"

The head of the EU Office in Kosovo Nataliya Apostolova says EU Commissioner Johannes Hahn will have one message during his visit to Pristina. 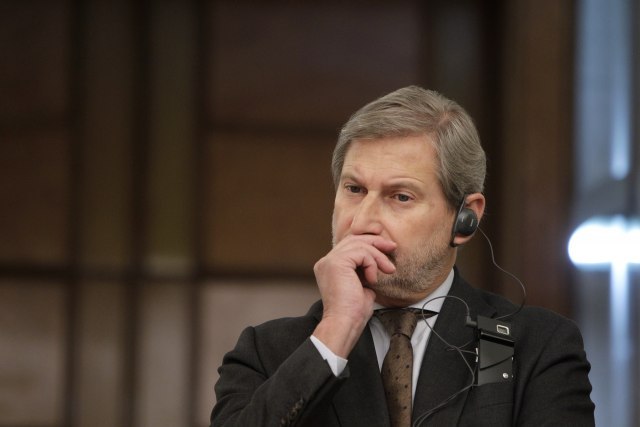 Apostolova said that the message would be clear - that (100 percent increased) taxes on Serbian goods should be abolished, Pristina-based broadcaster Klan Kosova reported on Monday.

She is quoted as saying this after meeting with Serb List members in the the Kosovo Assembly.

They spent the night in an office in the assembly, expecting to talk with Hahn during his visit to Pristina today. Other Albanian-language media in Kosovo, however, are reporting that this meeting will not take place.

Apostolova also stressed that "Kosovo is violating international laws" with the taxes, that are damaging Pristina, which is currently presiding over CEFTA.

Before leaving for Pristina, Hahn met for two hours with President Aleksandar Vucic in Belgrade, with whom he talked about the actions of Pristina, which has increased taxes on products from Serbia and Bosnia-Herzegovina, as well as about regional stability, Vucic's office said in a a press release.

"Serbia will not retaliate with any kind of countermeasures, because it wants to remain a reliable partner in the region, as well as in Europe and the world," Vucic is quoted as reiterating during the meeting.