Serbs from Kosovo have had a noose put around their necks and that is why the mayors of the four (northern) municipalities resigned, says Marko Djuric. 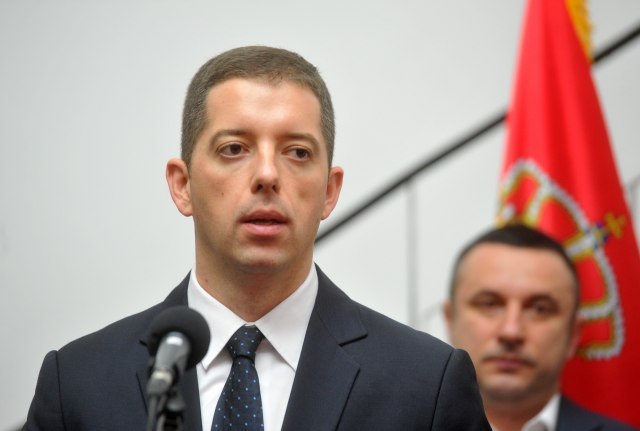 The head of the Government Office for Kosovo and Metohija added that he will be able to be "fully satisfied only once Pristina's discriminatory measures have been rescinded."

"Thaci and Haradinaj like to play those 'good cop, bad cop' games, but as our people would put it, it's all flour from the same sack. They wanted 100 percent taxes, 100 percent noose, and they got 100 percent reaction," Djuric told Prva TV.

According to him, "people should understand that this is an obvious violation of the right of Serbs to survival, because bread, milk is being taken from them."

"They tried to transfer responsibility for the murder of Oliver Ivanovic to the Serbs, and now they know there is no evidence," Djuric said, adding that Pristina's plan to blame Serbs for the murder (of that Serb politician) had failed, and what now remained for them was to "psychologically reverse and in that way exert pressure."

"Serbs are united, there are no longer division between them. They now speak with one voice, and that voice is saying, we do not accept discrimination," Djuric said.