Prime Minister Ana Brnabic has sent a formal request to the CEFTA Secretariat for direct consultations within the joint committee. 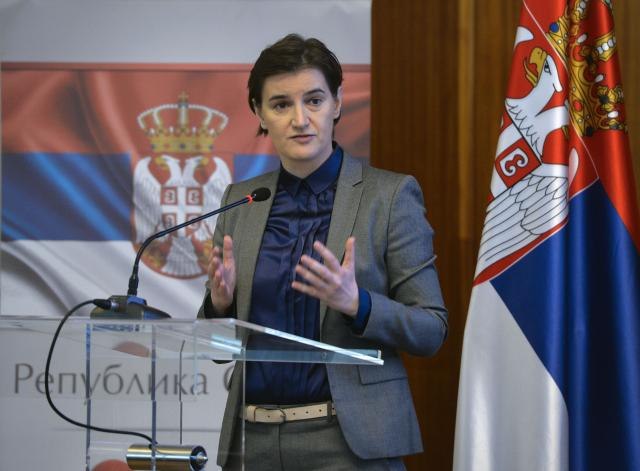 Brnabic informed the citizens of Serbia on Tuesday evening that she did this on behalf of the government, and in accordance with the CEFTA (regional free trade agreement), the government announced.

Brnabic explained to reporters in the government of Serbia that starting on Wednesday, from receipt of the request, the CEFTA Secretariat has a deadline of 90 calendar days to solve the problem that Pristina made by direct and unequivocal breach of agreements in direct consultations.

She announced that unless a joint consultation or a problem is resolved within the next 90 days, Serbia will initiate proceedings before the Arbitral Tribunal in accordance with the CEFTA agreement.

According to Brnabic, the request was sent to the CEFTA Secretariat, but also to UNMIK (UN mission in Kosovo) as the signatory on behalf of the territory of the AP of Kosovo and Metohija and to UN Secretary General Antonio Guterres.

"As a party that fully respects and has always respected the agreement rightly we expect the prompt reaction of the Secretariat and UNMIK mission. We promise to all our citizens and international partners that we will continue to fight against violations of international treaties and agreements by all legal mechanisms, respecting international law and European values," the Serbian prime minister said.

She noted that Serbia "will not be tricked and will not introduce countermeasures, and will continue to work with partners in the region, primarily with Bosnia-Herzegovina, which is also affected by unreasonable measures of Pristina."

"We will do our best to get things back to normal in order to avoid a predominantly humanitarian crisis and any further discrimination against the Serbian people," Brnabic stressed, and announced that the government will report to citizens on all further steps that Serbia will take.