Chairman of the opposition Alliance for Serbia Dragan Djilas says he would create his political organization. 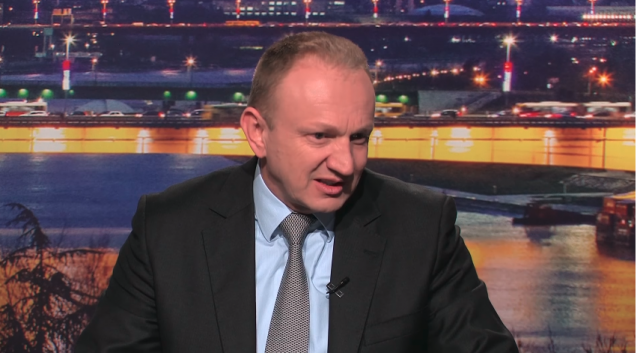 But the current focus is the fight against current authorities, Djilas, a former Belgrade mayor and a former Democratic Party (DS) leader, said on Monday.

Djilas told the regional N1 broadcaster that the statute of the Alliance for Serbia envisions that he should create his organization within the alliance, within a reasonable time, because, as he said, "it is a little prepotent to have ten organizations, and Dragan Djilas, in that Alliance," Beta agency is reporting.

"I will create (the organization), it will happen, but at this moment the question is also in the focus on how to stop this government," Djilas said.

He also said that "things in the Alliance for Serbia are functioning well, that finally people have accepted that this group of parties has those from the right and from the left together, and that this is one of the possible solutions." He also assessed that the opposition has consolidated, that the Alliance cooperates with the Civil Bloc 381 and the Social Democratic Party.

"I believe that there will be consolidation. The DSS is yet to declare itself, it's just a matter of how many people we will come to. It's a difficult job, many challenges, many situations... there will be more problems, but I'm sure we will win," said Djilas.

Djilas said that if people could hear the opposition and the ideas they had, the support would be greater, but pointed out that is not low even now. "More and more people approach us, and it is snowballing and will eventually win," Djilas said.

Speaking about the assault on of one of Alliance leaders for Serbia and President of the Left of Serbia, Borko Stefanovic, Djilas reiterated that the president of Serbia is responsible for the beating - "because of everything he is saying," and accused Aleksandar Vucic of "spreading hatred and aggression towards people who think differently."