Serb List deputy leader Igor Simic told RTS that the Serbs, arrested in a Kosovo police unit Rosu raid on Friday, are being kept in a high security prison. 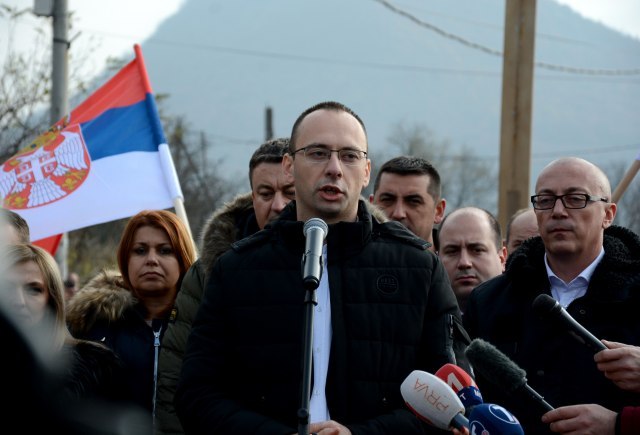 Simic also said that representatives of the emergency HQ (in Kosovska Mitrovica) have spoken with the families of the four Serbs and their lawyers.

The Serbs have been remanded in prison for 30 days. "They are in prison, a center for high security cases, for which there's absolutely no basis to be used in such situations," Simic said.

He recalled that Kosovska Mitrovica has its own center, so it was "absolutely to be expect that these people would be transferred to the Serb center after being remanded in prison, but that did not happen."

"The pressure on them continues. The defense lawyers say that this detention is up to 30 days, we will see in the days to come whether it will continue, however, as all this has started, we really do not have any great expectations," said Simic.

On Friday morning, special units of the Kosovo police also stormed the apartment of Milan Radoicic, another deputy president of the Serb List, but he was not at home.

Radojicic in the meantime announced that he had "nothing to do with the murder of Oliver Ivanovic" - a Serb politician from Kosovo shot dead in January 2018, whose case is allegedly the reason why the Serbs were being arrested - saying that he would not surrender to the Kosovo police.