An unscheduled closed session of the government was held in Belgrade on Friday morning due to the incursion of a Kosovo police unit into the north of Kosovo. 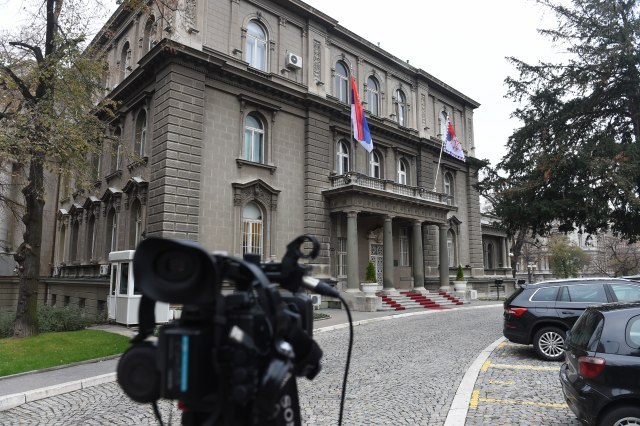 President Aleksandar Vucic has had extraordinary meetings with the army and police chiefs this morning.

Other security services, as well as commanders of special military and police units, also took part in these meetings.

Prime Minister Ana Brnabic has canceled all her announced activities for the day and has been in the Presidency of Serbia this morning, where she arrived after the session of the government. After that meeting nobody gave statements to the media.

They all went to the Presidency, and it is expected that someone will announce what Serbia's response will be for the morning events in Kosovo.

Rosu members, armed with rifles, stormed early this morning into the northern part of Kosovska Mitrovica and reportedly arrested three people. Other reports mention that four were arrested - among them a Kosovo Serb policeman.

Representatives of the Serbs in that town called a meeting of their emergency situations HQ. Mayor of Northern Kosovska Mitrovica Goran Rakic called on citizens, who are gathering in great numbers in the city square, to show restraint.

According to Rakic,the excuse of the Kosovo police was that they were arresting suspects for the January murder of one of the leaders of the Serbs in the north, Oliver Ivanovic. However, Rakic ​​doubts this version, and thinks the incursion is about diverting attention from yesterday's event - an apparent reference to the trade war Pristina is trying to start with Belgrade.

"If they (Rosu) had not retreated from the streets, there would have been war," Rakic told TV Prva.

He said he called KFOR to come to the northern part of Kosovska Mitrovica and explain to the people their statement made on Thursday about "having everything under control, and that there was no movement of the Rosu forces."

Prva TV correspondent in Kosovska Mitrovica said citizens are afraid and have been awakened by bursts of fire and sirens that have been wailing for an hour on Friday morning.