"Worst situation in 10 years"; All Serbian services on alert

A stormy night has passed in Belgrade after Pristina decided to impose 100 percent taxes goods coming from central Serbia and Bosnia-Herzegovina. 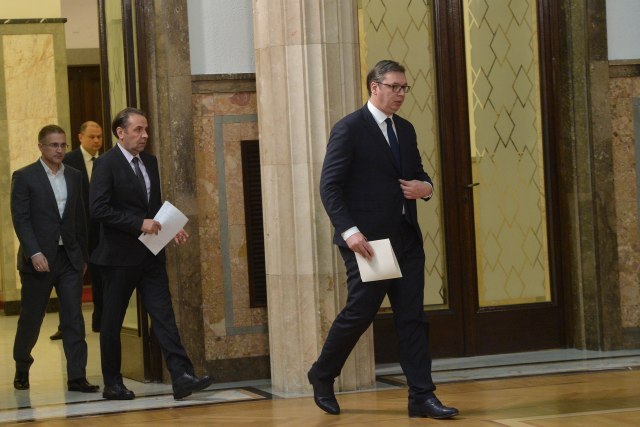 The Council for National Security met, while before that, Serbian President Aleksandar Vucic separately spoke with the ambassadors of Russia and China posted in Belgrade, and then with those from the EU and the US, and their "Quint" allies.

Vucic specified that Serbia will not impose any counter-measures because, as a reliable partner, it does not wish to violate either EU's SAA or the regional free trade CEFTA deal.

Vucic said he expected EU countries above all to point out to Pristina the unacceptability of its unilateral moves, that risk escalation of conflict and jeopardize peace in the region.

All Serb organs will be on standby to react, to the mindless moves of the Pristina authorities, he continued.

The president repeated that compromise and dialogue are still the only way to solve the Kosovo problem.

Earlier, Vucic told reporters that Pristina's move had created "the most difficult situation for Serbia in the last ten years - worst than the (trade war) with Croatia in 2015."

He called on Pristina to annul those measures and added that dialogue was an attempt to reach a compromise solution between Belgrade and Pristina.

Vucic also had a message for Albanianas:

"Albanians, sober up, we need peace. I plead with you, withdraw your decisions."