President Aleksandar Vucic will on Wednesday afternoon hold unscheduled meetings with ambassadors of China, Russia, the EU, and "the Quint." 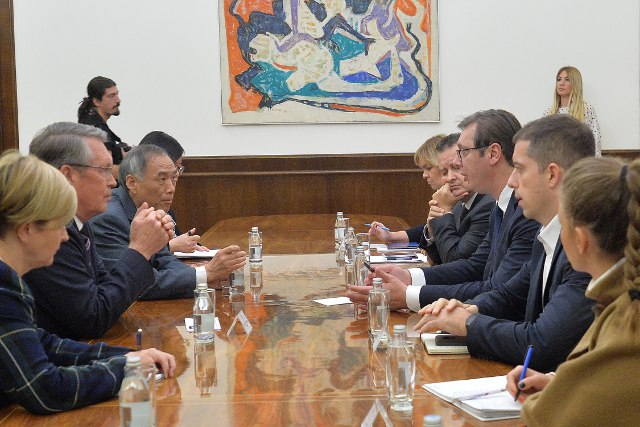 Tanjug agency has reported this. The term "Quint" is used to represents the US, the UK, Germany, Italy, and France.

Tanjug was also told by Vucic's cabinet that a meeting of the Council for National Security has been scheduled to take place later on.

The cause for all this are "Pristina's latest measures."

This move can be seen as politically the most challenging and difficult situation since the illegal proclamation of the province's independence (in 2008).