Egyptian Ambassador Serbia Amr AlJowaily has received the mayor of the city of Jagodina, Ratko Stevanovic and Head of Morava region, Goran Milosavljevic. 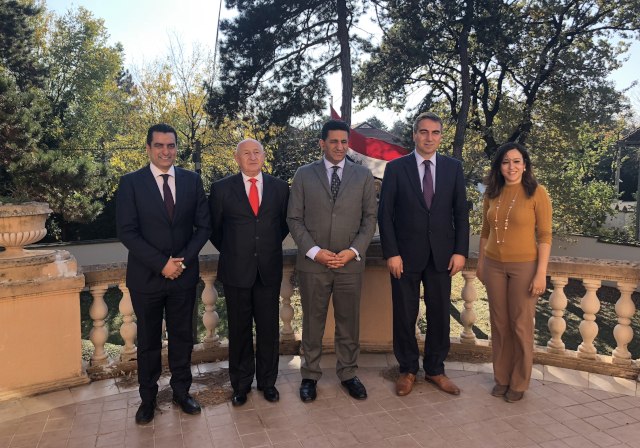 The visit came ahead of Jagodina delegation visit to Hurghada led by President of the Parliamentary Assembly Dragan Markovic Palma Nov. 14-18, at the invitation of Minister Ahmed Abdullah, governor of the Red Sea, in the framework of the implementation of the twinning agreement with the city Marsa Alam, the Egyptian embassy has announced.

"The decision of the Serbian city of Jagodina to send a delegation of 30 members, including representatives of companies in the sectors of electrical cables, furniture, tourism, education, health, construction, aluminum, plastic, entertainment and media, reflects the desire of the city to develop economic and cultural relations under the twinning agreement," said Aljowaily.

The ambassador pointed out that the dispatch of the Serbian delegation follows the successful visit to Serbia by the Red Sea governor heading a large tourist delegation in mid-October, which also had tangible results, including the agreement to operate a flights from the Nis airport in southern Serbia, as the announcement by the city of Jagodina to direct its tourist groups to the Red Sea.