Serbian Minister of Foreign Affairs Ivica Dacic announced on Wednesday that he expected another country to withdraw its recognition of Kosovo. 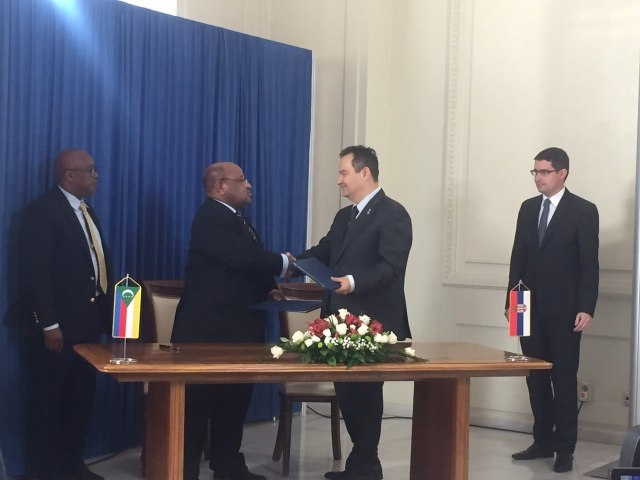 "It will be the 10th country that has done so," Dacic told RTS on Wednesday.

B92 later learned, and it has in the meantime been confirmed, that recognition of the unilaterally proclaimed independence of Kosovo has been withdrawn by the Union of the Comoros - a small island state in the Indian Ocean that recognized Kosovo in 20009.

Dacic made the announcement during a joint news conference with the minister of foreign affairs and international cooperation of the Union of the Comoros, Mohamed El-Amine Souef.

Previously, Dacic said that Pristina is describing the withdrawals of Kosovo's recognition as lies and defamation, because it "hurts."

Although they said that these are some "nonsense countries" - that's 10 votes, added the head of Serbian diplomacy.

So far, Kosovo's recognition has been revoked by Grenada, the Commonwealth of Dominica, Suriname, Liberia, Sao Tome and Principe, Guinea-Bissau, Burundi, Papua New Guinea, and Lesotho.

"What are they reacting to? To Serbia's position not to recognize Kosovo? We are not fighting against Kosovo, but for the basic principles of international law. No one recognizes unilateral acts, and so won't Serbia," Dacic said, referring to his country's refusal to accept Kosovo Albanians' unilateral declaration of independence made in 2008.

Dacic also said that Pristina's decision to raise the tax was not a matter for Serbia, but for the international community.