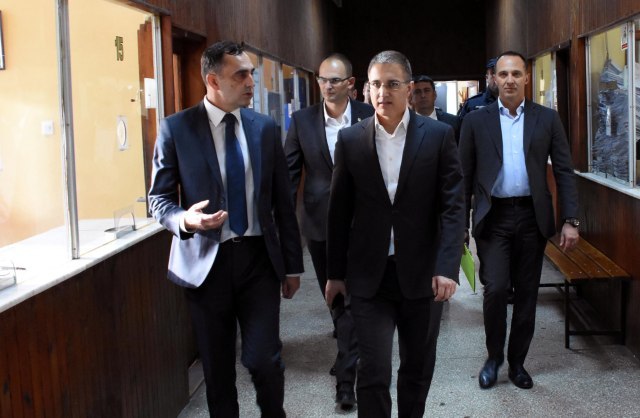 This was stated on Wednesday by Deputy Prime Minister and Interior Minister Nebojsa Stefanovic.

"I must present my personal belief that I really could not believe it," Stefanovic said in the Serbian National Assembly, in reply to a question posed by opposition SRS party member of the Assembly (people's deputy) Vjerica Radeta.

The accusation was made before at the same venue yesterday by SRS party leader and deputy Vojislav Seselj.

Radeta asked Stefanovic whether he had information for the National Assembly, related, as she said, to the "affair" involving Deputy Prime Minister Rasim Ljajic.

"Have you determined whether it was true, have you taken certain measures. Do you have any evidence of Ljajic's involvement in a drug cartel. You need to answer these questions," Radeta said.

Seselj said on Thursday that Ljajic was the leader of one of the strongest drug cartels in Serbia.

Ljajic later called on Stefanovic "and all the services to provide all information about him."

This cabinet member said that if they foun anything indicating even the smallest criminal activity, he would "not sit in the ministerial position for a second or engage in any public office."