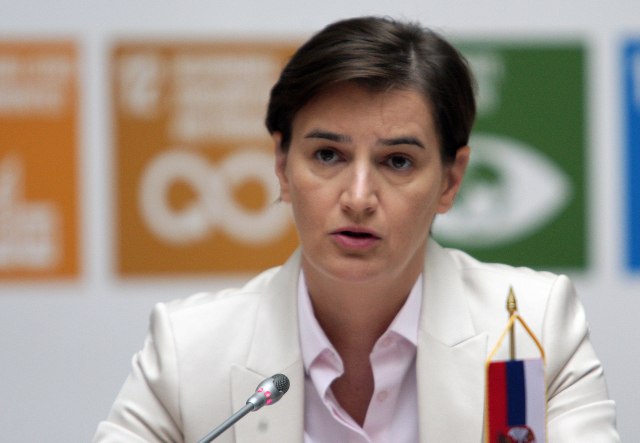 On the sidelines of the conference, Brnabic will meet with Belarus President and Prime Minister, Alexander Lukashenko and Syarhey Rumas, the Serbian government announced.

On November 1, Brnabic will be on a one-day visit to the United Kingdom, during which she will be the keynote speaker at the Blavatnik School of Governance at Oxford University.

The theme of the presentation will be the importance that a technological revolution has for the future of governments.

After that, Brnabic will take part in a panel whose theme will be a dilemma whether the technological revolution marks the end of the existence of the governments we know.

She will also hold a lecture at Oxford Union, the largest debating association at Oxford University, known for organizing debates and speaking since 1823.

The theme of this lecture will be "The Future of Serbia in Europe".

Before the start of the lecture, she will visit the building of Oxford Union, within the University of Oxford, in the company of the chairman of the Association, Stephen Horvath.