Croatia's president has received her trustee for the missing from the 90's wars in Croatia, and the special envoy of the Serbian president for this issue. 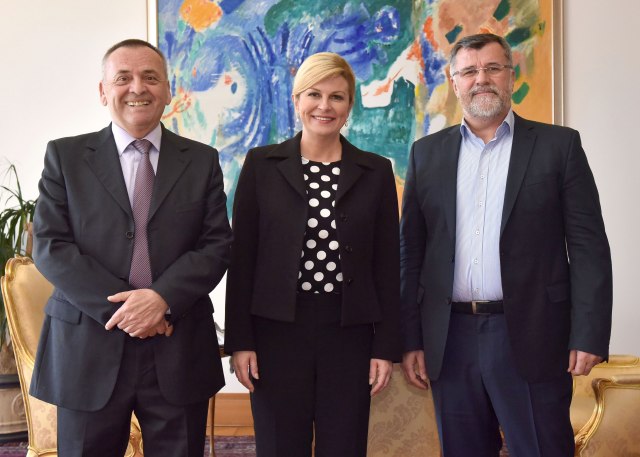 The cabinet of Kolinda Grabar-Kitarovic announced that the meeting with Ivan Vrkic and Veran Matic took place on October 25 in Zagreb.

A press release said that Vrkic and Matic "reported to the president on the dynamics of cooperation between the two countries in finding missing persons, which is an extremely important humanitarian issue, but also a test of the readiness of the two countries to improve mutual relations as a whole."

The Croatian president "reiterated that resolving the issue of finding missing persons must be a priority task of the two countries in the context of remedying a grave war heritage."

In that sense, the appointment of special commissioners of the two presidents to resolve this issue is a very important step forward, it is added. "Therefore, there is no justifiable reason to delay his resolution," the press release said.

According to it, Grabar-Kitarovic "expressed her belief that her trustee Vrkic and the special envoy of President Vucic Matic will intensively continue their cooperation, with all the necessary assistance from the competent authorities of both countries" and in this regard, she "expressed her full support and expectation of concrete results."

Veran Matic, who has recently been appointed to the role by the Serbian president, earlier this month told Croatia's daily Vecernji List in an interview that he "cannot imagine that there is someone who would have anything against the fact that war victims in the conflict that ended up 23 years ago finally find their peace."

Matic also addressed a BIRN conference - "After the ICTY: Regional Cooperation, Accountability, Truth and Justice in the Former Yugoslavia" - held in Sarajevo on October 4.