"That's position of one Bundestag member, not of Germany" 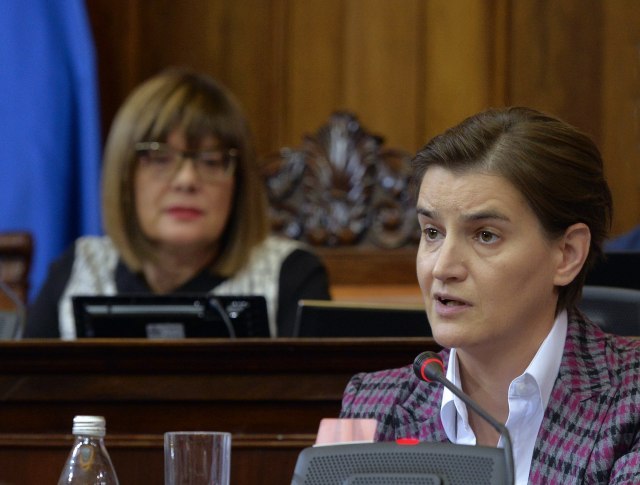 Beyer said on Wednesday in Belgrade that Serbia can't join the EU without recognizing Kosovo.

Brnabic said on Thursday that the statement came from one Bundestag (German parliament) member and did not represent Germany's official policy.

"He can have his opinion and he is free to express it. We can discuss his opinion, and we did so in an open manner yesterday. We disagree with that opinion. I presented to him the position of the Serbian government that, when negotiations about compromise are underway, it is not good to have any 'red lines'," Brnabic said in the Serbian National Assembly, in response to a question from an opposition member of the assembly ("a deputy").

She recalled that the position of Germany is nothing new, but that it was up to Serbia to change that country's attitude.

"The stance of Germany has not changed and we are not surprised," the prime minister said, but pointed out that, on the other hand, the US position has changed, thanks to Serbia's efforts.

"Had we not done our job well, the US position would not have changed so much. And it's changed quite a bit. So they, too, had red lines, they did not want to talk about anything except Serbia recognizing (Kosovo)," remarked Branbic.