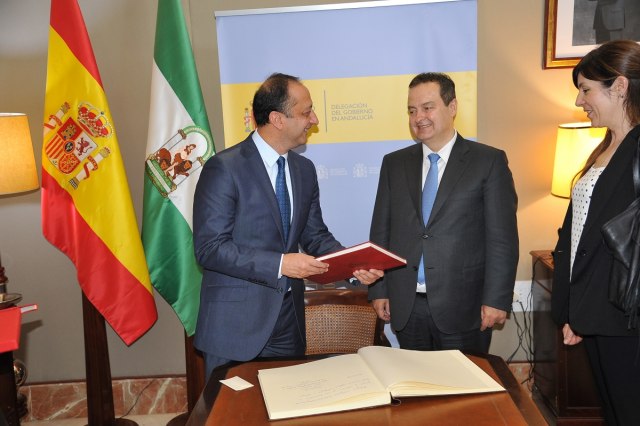 On this occasion, Dacic expressed satisfaction with his visit to Andalucia and pointed to the importance of this autonomous region which has approximately the same number of citizens as Serbia.

He highlighted the significance of mutual support, and both sides agreed on the importance of opening a honorary consulate of the Republic of Serbia in Seville.

They voiced hope that excellent political relations will result in the improvement of economic cooperation between Andalucia and Serbia, according to a statement by the Ministry of Foreign Affairs.