Serbian defense minister to talk to KFOR about "Kosovo army"

Defense Minister Aleksandar Vulin has announced that he will on Friday talk with representatives of KFOR in Kosovo. 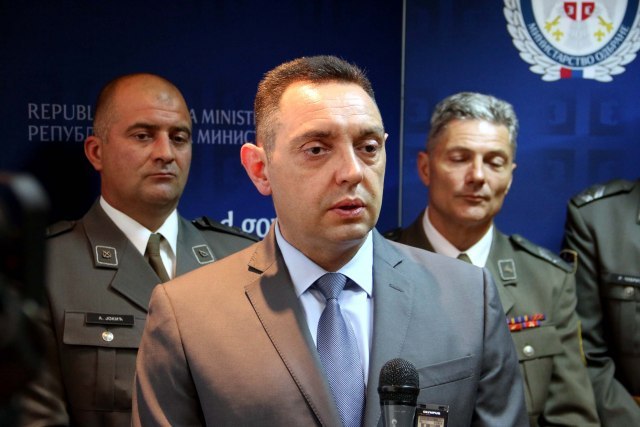 The conversation will regard Pristina's adoption of the law on the Kosovo army, Beta agency reported.

Vulin told the public broadcaster RTS that the information was exchanged last night and that the President of Serbia Aleksandar Vucic had several conversations on that occasion.

"I am convinced that the president will make the best possible decision," Vulin said, when asked whether Vucic would accept advice and declare a state of occupation.

Asked "who can now stop the formation of an army in Kosovo," Vulin said that this was an issue for the international community that took responsibility for every situation in Kosovo, especially for respecting peace and security.

"Now is the time to see if the international community is able to implement its own mandate and decisions," Vulin said.

He emphasized that now it is necessary to also see "what weight the word of NATO carries."

Vulin said that Serbia had signed the (EU-brokered) Brussels agreement, because it received guarantees that there would be no armed forces in Kosovo.

"Pristina in this way significantly destabilizes the situation in Kosovo and Metohija," he said.

The Kosovo Assembly unanimously adopted on Thursday a draft law on the Kosovo Security Force (KSF), as well as on the KSF service.

This legislation was supported by deputies (members of the Assembly) from all parliamentary groups, except the Serb List, which, after expressing disagreement with the consideration and adoption of the Law on the Ministry of Defense of Kosovo, abandoned the session of the Assembly.