PM Ana Brnabic believes Minister Aleksandar Vulin responded adequately to a statement by US Ambassador Kyle Scott about Kosovo being "an independent state." 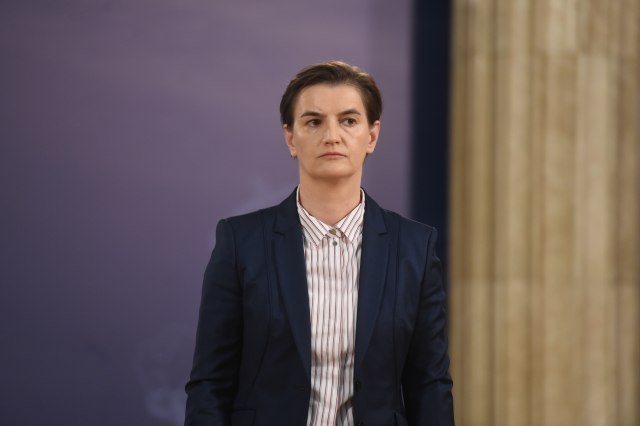 Speaking on Tuesday, a day after the ambassador made the remark as part of his answer to a reporter's question, the prime minister added that Scott's statement was "scandalous and inappropriate."

Earlier in the day, President Aleksadar Vucic addressed the same topic in a negative tone.

"This is inappropriate, not only in diplomacy, but also a disregard of the host, as it was given in the Serbian government headquarters," Brnabic told reporters - after visiting the factory the Philip Morris plant in Nis, southern Serbia.

She noted noted that the US ambassador was with her at meetings and that "he knows that if someone calls Kosovo 'a state', those meetings are interrupted and that someone laves the government (building). For him to come over after that and say such a thing, is highly inappropriate," the prime minister said.

Brnabic reiterated that the reaction of Defense Minister Vulin "should not be called into question, but the statement by Kyle Scott himself."

Yesterday, when Scott referred to Kosovo as "an independent state", Vulin said that that the ambassador had "forgotten that Serbia is not a colony and that he cannot trample on its dignity."

"I am sorry that Ambassador Scott has not tried to show his arrogance at some event with President Vucic present, because he would then be out (on his ear) from the government (building) - but at least Serbia could see who is fighting for Serbia, and who only's only concern are their lower back," said Vulin.

Scott's statement was made during the signing of a memorandum between the Serbian government and the US company Bechel, when he took the opportunity to correct a reporter asking a question related to Kosovo by saying that the territory was "recognized by the US as a sovereign and independent country."

Kosovo is not and will not be an independent state, and Serbia's view on the matter is supported by more than half of the world, Serbian Deputy PM and Minister of Construction, Transport and Infrastructure Zorana Mihajlovic said on Tuesday in response to a statement made by by US Ambassador in Belgrade Kyle Scott, Tanjug reported the same day.