Vucic on Komsic's statement about Kosovo

Aleksandar Vucic has reacted to the Croat Bosnia-Herzegovina Presidency member statement Zeljko Komsic that Kosovo is independent as far as he is concerned. 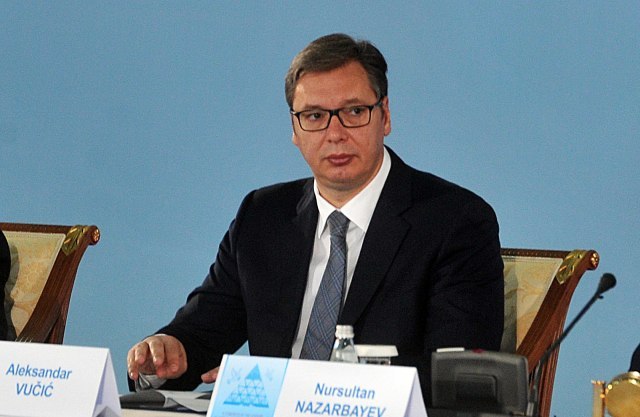 It is sometimes better to be silent, Vuci observed.

Vucic added that he wants to build relations with BiH responsibly.

Serbia want good cooperation with BiH, and with its three newly elected members of the Presidency - Milorad Dodik, Sefic Dzaferovic and Komsic, he underlined.

He stressed that he would not use every opportunity, even when it was easy to gain political points, to respond to the claims of anyone, although, he stressed, he is certainly not particularly happy about such a statement.

"I want to take a responsible approach to building relations in the region and relations with BiH. It's better to be silent sometimes," Vucic pointed out.