Minister of Defense Aleksandar Vulin met on Monday in Belgrade with Chairman of the NATO Military Committee General Stuart Pеаch. 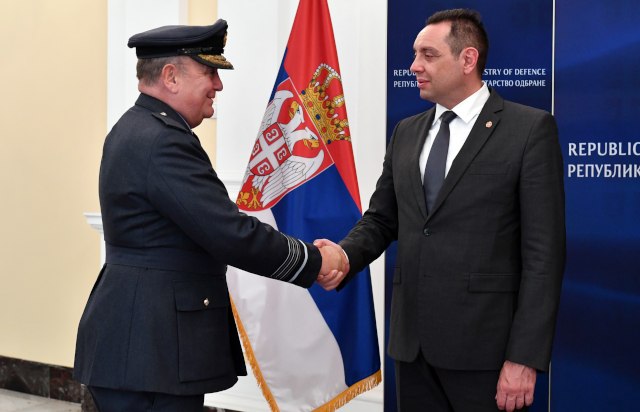 According to the Serbian government, Vulin said that Serbia is firmly committed to maintaining the position of military neutrality and that the Partnership for Peace (PfP) program is the optimal form of cooperation with that organization.

Vulin talked with Pеаch on the margins of a visit of NATO delegation headed by Secretary General Jens Stoltenberg, and the "Serbia 2018" exercise.

The minister "also said that for Serbia KFOR is the only legitimate armed formation in Kosovo and Metohija, which must not be reduced, expressing gratitude for the involvement of NATO countries in its composition," the government announced.

Vulin is quoted as adding that "any steps by Pristina authorities aimed at forming the so-called 'Kosovo Army' constitute a gross violation of the United Nations Security Council Resolution 1244 and the Military Technical Agreement, and are completely unacceptable to Serbia."

Peach 2reiterated that the Alliance fully respects the military neutrality of Serbia, and that it highly appreciates the credibility and capability of the Serbian Army."