"We want names of those who attacked Serbian fans in Paris"

Serbia will ask France for information about the incident and the names of the hooligans who attacked Red Star football fans in Paris. 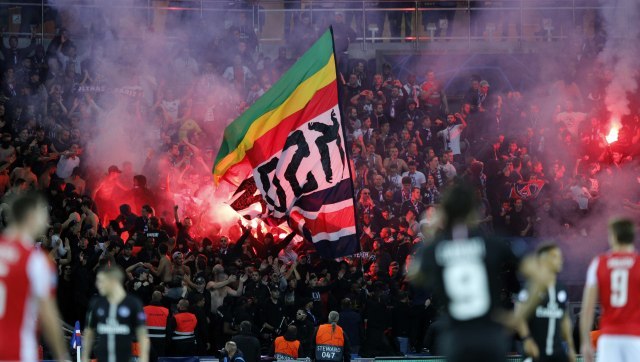 This was stated on Friday by Serbian President Aleksandar Vucic.

The incident happened on Wednesday, after Red Star's Champions League fixture against PSG.

"As we were regularly sending reports to the state of France about those who chased and participated in the murder (in Belgrade) of (French football fan) Brice Taton, we are asking the same thing from them. There have not been any serious consequences here, but we will ask for all the names of those who attacked the (Serbian) fans," Vucic to journalists in Belgrade.

Vucic said that Serbia would ask to have insight into how these criminals will be punished.

After the football match late on Wednesday in Paris, a clash occurred in the vicinity of the stadium between the police and several hundred hooded persons the French media reported.