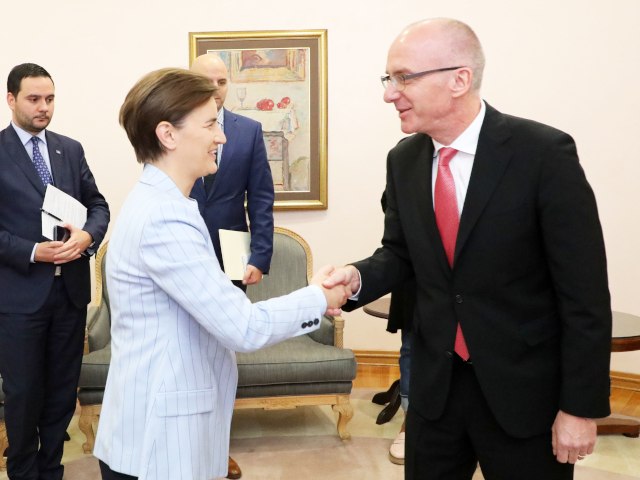 According to the Serbian government, they discussed "further improvement of economic cooperation, the process of Serbia's Eurointegration and the importance of regional integration."

Brnabic welcomed the new ambassador of Germany, expressing her gratitude for good cooperation so far, both economically and politically.

She pointed out that Serbia appreciates the suggestions of Germany and sees them as a constructive help to overcome potential challenges on the path to membership in the European Union.

Schieb congratulated the prime minister on his commitment to implementing the reforms, stressing that good cooperation between the two countries will continue in the future, given that it has so far yielded excellent results, and that the Germany is satisfied with the business climate for further investment.

Brnabic spoke about the reform process, especially in the field of digitization, as a precondition for a more transparent work of public administration and an effective anti-corruption mechanism, and expressed gratitude to Germany for supporting the introduction of dual education, which she assessed as already giving good results.