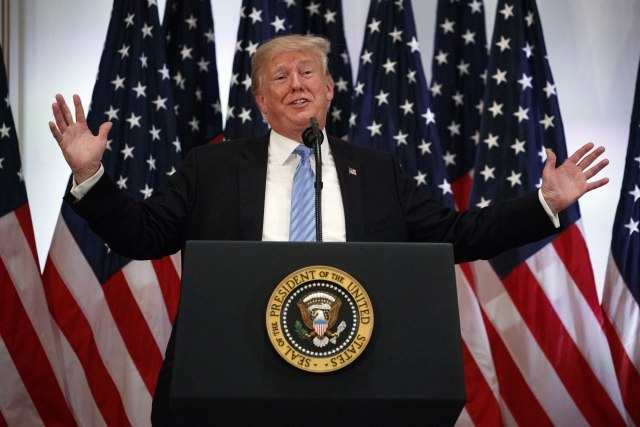 According to this, Thaci also met with "US Secretary of State Vance Mitchel."

Tanjug further cites RTK as reporting, Thaci said that Trump told him Kosovo was "an extraordinary place, with wonderful people" and that he "sympathizes with the problems of Kosovo."

Thaci added that during his meeting with (US Secretary of State Mike) Pompeo and US Ambassador to the United Nations Nikki Haley, he experienced "a strong sense of support for Kosovo, including support for its membership in NATO, as well as the establishment of the Kosovo army."

He also confirmed that the United States "supports the Belgrade-Pristina dialogue, as well achieving a possible historic agreement."

On Wednesday, Belgrade media reported that the US president had a brief conversation with the Serbian prime minister, when he remarked that Serbs are "good people."