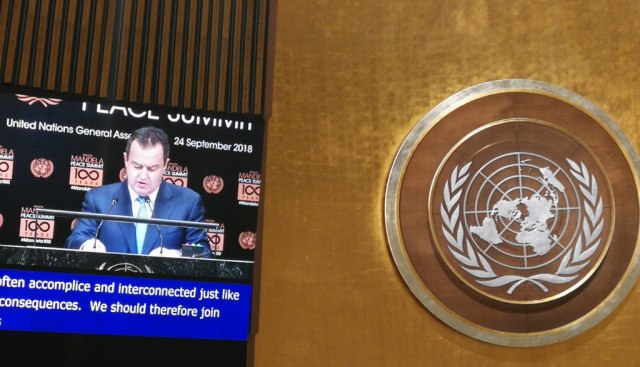 Dacic at the UN this week (mfa.gov.rs)

The ministers discussed bilateral relations, economic cooperation, as well as on current international issues, the Serbia government announced on Wednesday.

The two ministers agreed to hold the Mixed Economic Committee, as well as to mark the anniversary of the establishment of diplomatic relations between the two countries, since next year marks 30 years since their establishment.

The ministers also exchanged views on the political processes and security challenges of the Western Balkans and the Middle East and the best ways to resolve open issues that burden the two regions, the Foreign Ministry said in a statement.