According to the Belgrade press, in a brief conversation with Prime Minister Ana Brnabic, US President Donald Trump has referred to the Serbs as "good people." 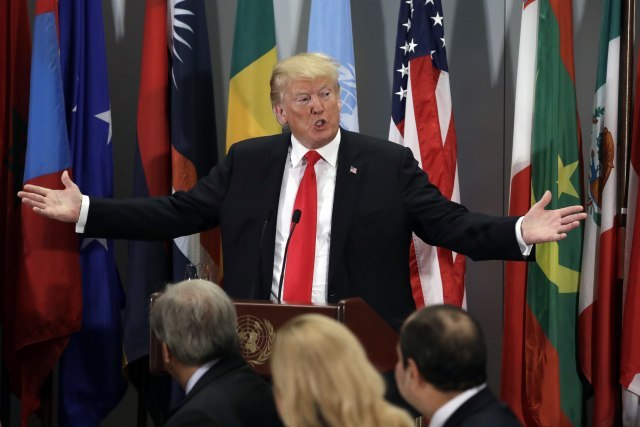 Namely, Brnabic thanked the US president for the changing of the stance of the current administration in Washington toward Serbia, and for understanding the position of our country on the issue of Kosovo, and, according to media reports, he replied by saying that "Serbs are good people."

On Monday evening in New York City, where she has traveled for the UN General Assembly meetings, the prime minister attended a traditional reception hosted by the US president ahead of the General Debate, and on Thursday she will address representatives of UN's member states.

As Belgrade daily Vecernje Novosti writes, America is ready to have the Kosovo issue "reexamined" and if Belgrade and Pristina reach an agreement, they will accept it. Blic also reports that Trump personally confirmed a change in the US policy towards the Kosovo issue and a relaxation of relations with the Serbian side.

The newspaper writes that in a short and cordial conversation, Brnabic thanked Trump for the change of the US administration's stance towards Kosovo, to which he briefly replied: "Good people."