Brussels will have to "wait a bit to see Aleksandar Vucic" as there's no support to his ideas for resolving the issue of Kosovo and Serb-Albanian relations. 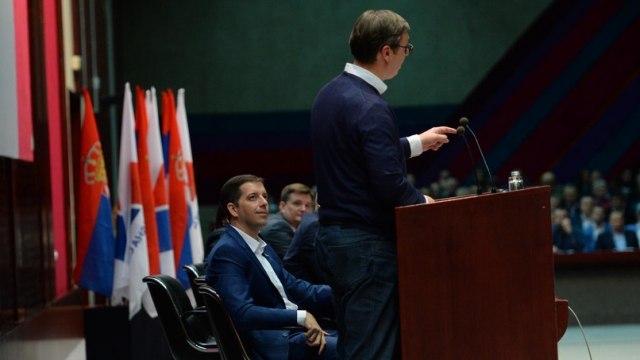 Head of the Government Office for Kosovo and Metohija Marko Djuric said this during a news conference in Belgrade on Thursday, when asked when the Brussels (i.e., Belgrade-Pristina) dialogue would continue.

Djuric also said that President Vucic will not travel to New York at the end of the month for the UN General Assembly, and that "no meeting related to Kosovo and Metohija" would take place there.

He recalled that, when the Serbian leadership "began the struggle to find a compromise and rational way to resolve relations between the Serbs and the Albanians," it was met with "an avalanche of attacks and criticism, above all, at President Vucic's expense."

As Djuric said, Vucic "put his authority and knowledge behind the fight for a compromise, while an avalanche of attacks fell onto him, and he remained practically completely alone in it."

At the time, Djuric continued, "not only was there no support - but there was either the silence or the most terrible attacks coming from a part of the international community."

"That's why they will now wait a bit to see Aleksandar Vucic and wait a bit for that meeting," Djuric said.