Serbian official has "public and open" question for EU

Director of the Government Office for Kosovo and Metohija Marko Djuric held an unscheduled press conference in Belgrade this Thursday. 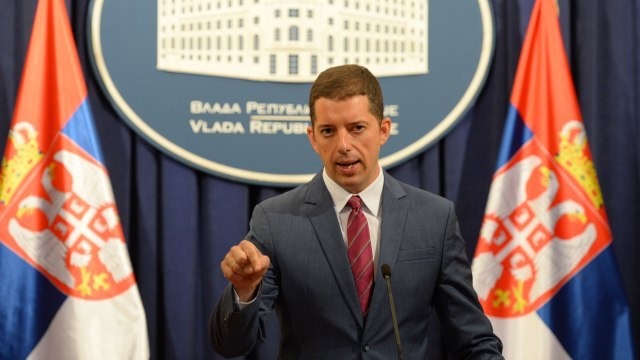 Djuric reacted to the statements being made by Kosovo officials, above all Prime Minister Ramush Haradinaj.

"This is the same statement for the 28th time, in addition, followed by threats of war. At that moment when President Aleksandar Vucic dared to ask for a compromise, at that moment, we received a lot of criticism and pressure, including one country that wishes it recognizes the independence of Kosovo and Metohija," Djuric said.

The Serbian official then said that he had "a public and open" question for EU foreign policy chief Federica Mogherini and her spokesperson, Maja Kocijancic.

"I ask them whether they will react in any way to the threats and challenge to peace and stability in the region, or if they will again be silent. And if they will not react to this, let them tell us where and when and with whom they have negotiated to erase the border - where even those countries that recognize Kosmet (Kosovo and Metohija) say that a border exists," he said.

"Would they also be silent if Belgrade said the border between Belgrade and Banja Luka was being erased? I think we all know the answer to this question," Djuric said.