Prime Minister of China Li Keqiang has greeted Serbian President Aleksandar Vucic on Wednesday in the state residence in Tianjin. 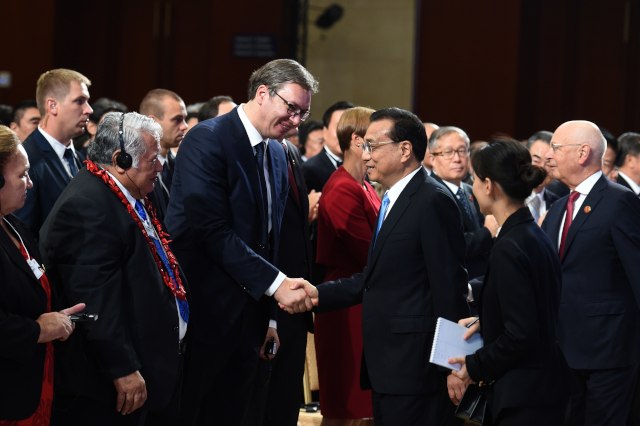 "Welcome," Li told the Vucic, speaking in Serbian, as they shook hands in front of the flags of Serbia and China.

This is the fourth meeting between the two.

In the evening, Li will hosts a reception for the presidents of Serbia, Estonia, Latvia, and the prome minister of Samoa, who all attended the opening of the "Summer Davos" in Tianjin.

With this conversation Vucic concluded his several-day visit to China, during which he also met with the President Xi Jinping, who accepted his invitation to visit Serbia again.

The president of Serbia met with representatives of several Chinese companies, and in his presence, several important bilateral agreements were signed, which will, according to announcements, bring large investments.