B92 has learned unofficially that there will be personnel changes in the Serbian Army, at the initiative of Aleksandar Vucic, as supreme commander. 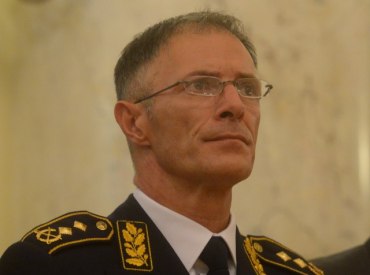 This news was later confirm. The first on the list should be the head of the General Staff of the Serbian Army General Ljubisa Dikovic, who will retire.

In addition to Dikovic, the heads of military services will remain without their jobs, and a new deputy chief of the General Staff will be appointed as well as a new commander of the Special Brigade.

On June 4 this year, the Military Trade Union of Serbia announced that Dikovic had ceased serving in the Serbian Army on May 22, "under the force of law."

Dikovic said in April this year that he "cannot and will not talk about speculation about his retirement", saying that "this topic is not crucial and something that should be written about."

The tabloid Alo then wrote that Dikovic could have left his post as early in May, and his term was expiring in June.

"I did not even know his mandate was expiring, the military cabinet did not warn me," Vucic said, adding that "in any case, he was burdened with many other things, primarily with Kosovo.

The media reported earlier that the new chief of the General Staff could become Major General Milan Mojsilovic, currently Assistant Minister of Defense Aleksandar Vulin, in charge of defense policy. Prior to his posting from 2013 to 201 he served as the head of the Serbian military representative office to NATO in Brussels.