"I see Albanians don't want to talk about important issues"

Serbian President Aleksandar Vucic assessed on Wednesday that Pristina's representatives do not want to discuss a single issue of essential importance. 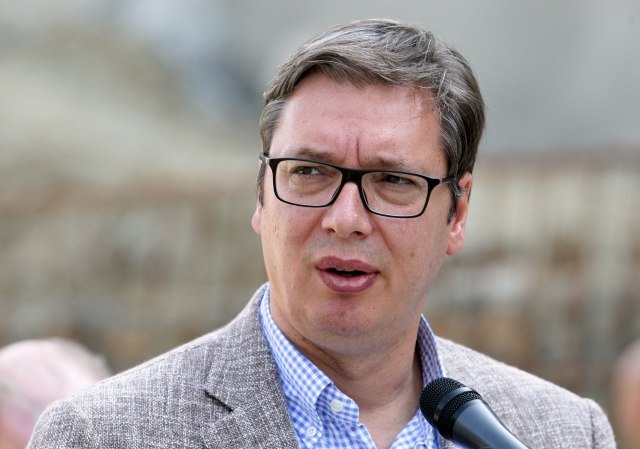 "I see that Albanian officials from Kosovo and Metohija will talk neither about the Community of Serb Municipalities (ZSO), nor about the North, nor about Gazivode," he said.

"They do not seem to want to talk about anything essential," Vucic said, when a Tanjug reporter asked him to comment on the latest statements made by Hashim Thaci and Ramush Haradinaj - who are speaking about "what are not the subjects of discussion" in the Kosovo talks.

"Serbia has no time to lose and wants to discuss all the issues that are important for the Serbs and the Albanians," Vucic said.

He also pointed out that it was time for Belgrade and Pristina to take responsibility:

"It's time for us to decide on our destiny, rather than someone else from the outside doing it," Vucic said.

According to him, "politicians are not elected to ingratiate themselves with the voters" - but instead to be "solving the biggest problems of the citizens."

Vucic spoke two days ahead of his EU-mediated meeting in Brussels with Thaci, and as Pristina officials are announcing they will not discuss any of the issues essential to the normalization of relations and reaching a historic agreement between the Serbs and the Albanians.