Concern over threats to investigative reporter

The Western Balkan’s Regional Platform for Advocating Media Freedom and Journalists’ Safety is deeply concerned regarding the threats to reporter Dino Jahic. 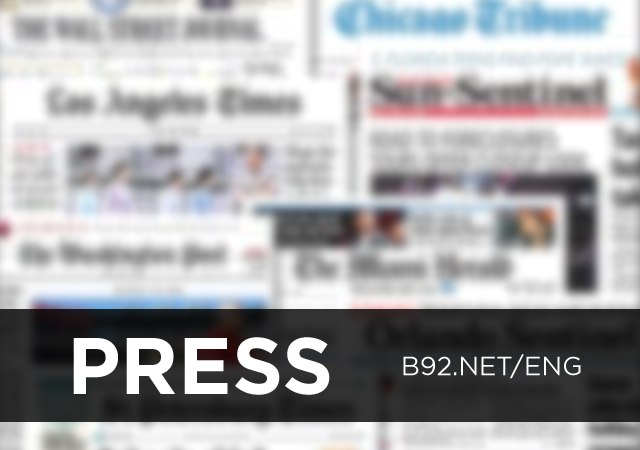 This is stated in a letter the organization, representing more than 8,000 members, has sent to the Serbian State Prosecutor Zagorka Dolovac.

The letter, signed by Gentiana Begolli Pustina, president of the Association of Journalist of Kosovo - addressing Dolovac on behalf of the regional platform - notes that according to Jahic, "he and his colleagues from Center for Investigative Journalism of Serbia have been constantly exposed to insults that turned into serious death threats."

"Apart from negative comments, vulgar insults, the messages also contain hate speech regarding the name and origin of colleague Jahic, as well as explicit death threats, e.g. that it should be made a hole in his skull," the letter said, adding:

"The Western Balkan's Regional Platform for Advocating Media Freedom and Journalists' Safety strongly condemns these threats and expects from Serbian authorities to urgently and thoroughly investigate all facts about this case. As with all regional press freedom violations, it will collate data about this incident, publish it on www.safejournalists.net and report it to Council of Europe Platform for the Protection of Journalism via International Federation of Journalists (IFJ) and the European Federation of Journalists (EFJ). Threatening a journalist is a direct attack on freedom of expression and the right of citizens to be informed."

"We urge you to take all the necessary actions to investigate this case and sanction the perpetrators," the Western Balkan’s Regional Platform concluded.