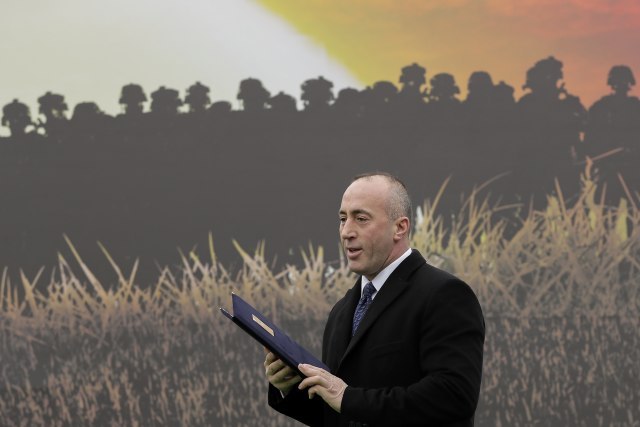 Haradinaj said this in an interview for the Irish Times daily.

He said that "opening up previously done deals would mean opening up the past, which would hurt not only the stability of the two countries but the neighbouring countries as well." "I think its a wrong move to allow such discussion and rhetoric", Haradinaj added.

The paper assessed that "Haradinaj thus confirmed that his stance is in a clash with the attitude of Kosovo president Hashim Thaci who is, together with the Serbian president Aleksandar Vucic open to the delineation idea as a part of the agreement on the normalizations of the relations.

Irish Times described Haradinaj as 'the rebel commander during Kosovo conflict with Serbia".

When asked who would benefit from the delineation, Haradinaj replied "Only one man - Putin"