A Japanese donation, consisting of rafting and rescue boats and other equipment, was presented on Friday to MUP's Emergency Situations Sector. 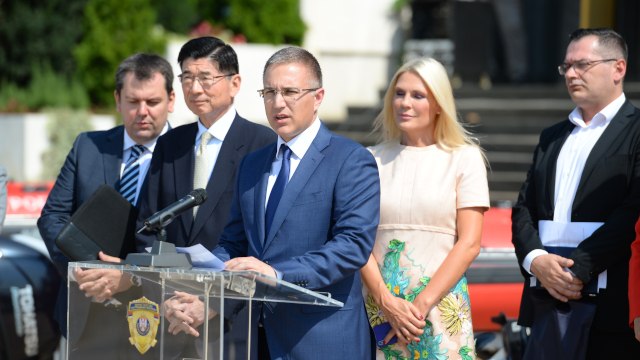 Deputy Prime Minister and Interior Minister Nebojsa Stefanovic and Japanese Ambassador to Serbia Junichi Maruyama attended the ceremony in front of the Palace of Serbia, the Serbian government announced.

Stefanovic "stressed that the value of Japan's donation amounted to approximately EUR 1.5 million, and expressed gratitude to Japan for its donation and long-term cooperation and assistance," adding that the equipment will be deployed to units throughout Serbia and will contribute to the formation of emergency rescue teams that will help citizens be safer.

He also added that Serbia is always thinking about helping other countries, even those that are technologically more developed than us, and that the government of Serbia, when Japan was hit by major floods that took the victims, sent help to our friends.

Maruyama expressed satisfaction that Japan can contribute to the security of Serbian citizens.

He also expressed hope that this equipment will contribute to increasing the capacity of the MoI to respond to natural disasters in Serbia.

He also reminded of the 2011 earthquake in Japan, stressing that Serbia unselfishly provided great material and moral support to the Japanese people.