Vucic and Thaci to be nominated for Nobel Peace Prize?

There is "a great chance" Hashim Thaci, Aleksandar Vucic and Federica Mogerini will be nominated for the Nobel Peace Prize. 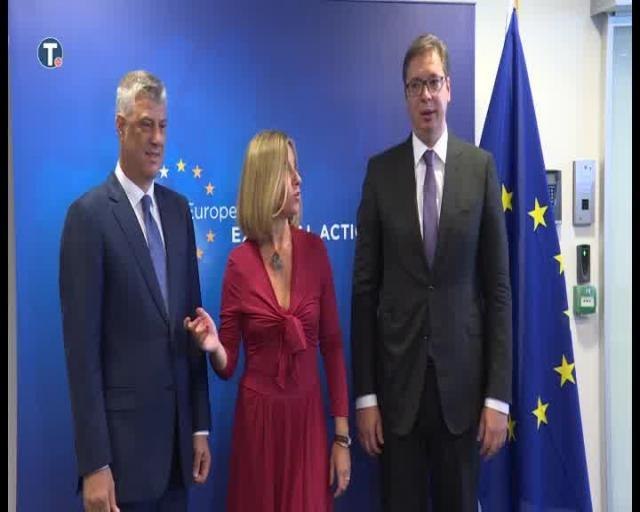 This might happen if if the Kosovo issues has been resolved by the spring of 2019, writes the newspaper Danas.

According to the daily, which refers to international diplomatic circles, the first step towards a possible nomination of the Kosovo president is his biography entitled "New State, Modern Statesman," that is being promoted this year in the Western capitals.

The authors of Thaci's biography are the diplomatic editor of the British newspaper the Times, Roger Boyes, and longtime journalist Suzy Jagger, while the preface has been written by former US presidential candidate Bob Dole, "who is considered one of Trump's advisers."

The Belgrade-based newspaper also said that it unofficially learned this book has so far been presented in London, Berlin, Paris, and Vienna.