My goal is not an ethnic partition, nor the creation of another Serb Republic (RS) in Kosovo, says Kosovo President Hashim Thaci. 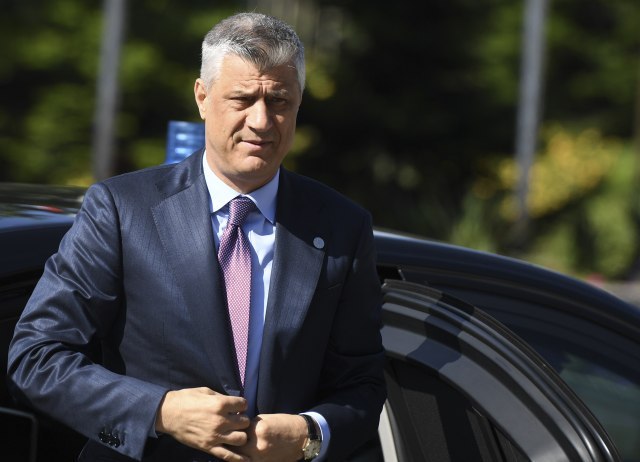 Instead, he revealed, his goal is to establish "a 400-kilometer long border with Serbia."

Thaci also stressed that "this process requires creative solutions that will ensure peace now and in the future."

In an interview with daily Danas, he said that the Belgrade-Pristina dialogue has entered in a critical phase, and that he would "not allow the past to block the future and jeopardize peace in the next five or 50 years."

"I speak with Vucic and I am willing to find a solution, because I want to see Kosovo in NATO and the EU as soon as possible. I will be very honest, I do not think we can get there as long as we have an unresolved border. We have to have a fully agreed border demarcation, so as not to leave some open issues to become a point of contention in the future," Thaci said.

He added that he "expects the final agreement between Belgrade and Pristina to be a European agreement that will be accepted by Brussels and Washington, and finalized with a new UN Security Council resolution."

"Either a European solution will be found, with the support of the EU and the US, or there will be no agreement at all," Thaci said.