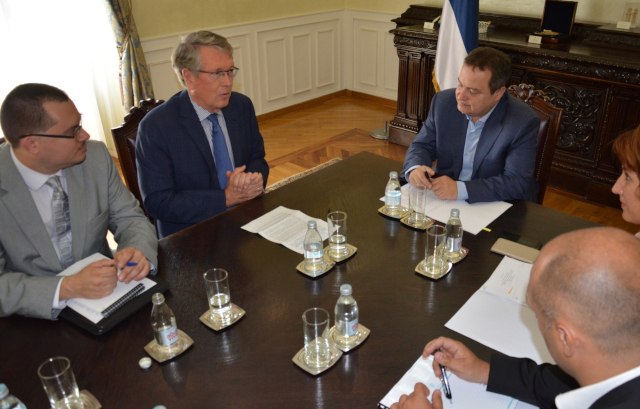 According to a press release issued by the Foreign Ministry, Dacic and Chepurin spoke about further development of bilateral cooperation, and the upcoming visit to Serbia of Russian President Vladimir Putin.

They also discussed the visit of the Russian Foreign Ministry's spokesperson Maria Zakharova.

Dacic "expressed his gratitude for the strong and consistent support of the Russian Federation for the sovereignty and territorial integrity of the Republic of Serbia."

Earlier in the day, Dacic told Prva TV that Zakharova would travel to Guca, in western Serbia, for a well-known music festival held there each summer.