Partition is Dacic's stance, government yet to decide - PM

The government does not yet have an official position on the issue of Kosovo and Metohija, Prime Minister Ana Brnabic said on Tuesday in Trsic, western Serbia. 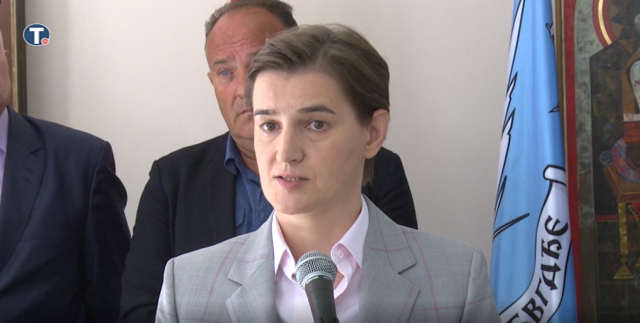 The government will take a stance as soon as it has a concrete proposal on the table, she added.

However, she points out that presenting individual opinions was not problematic, "since the internal dialogue on the issue of Kosovo and Metohija has started, and it is good that everyone is saying what they think."

"Whether it's ZSO (Community of Serb Municipalities) Plus, or no compromise and waiting to take control over the whole territory of the southern province, regardless of whether that's realistic or not, whether it's partition ... everyone can give their opinion," Brnabic said.

The prime minister said she did not know whether a compromise would be found for Kosovo by the end of the year, and stressed that Vucic was "doing everything in his power not to leave a frozen conflict to future generations."