The Serbian government has broadened the tasks of a commission set up to evaluate facts discovered during investigations into murders of journalists. 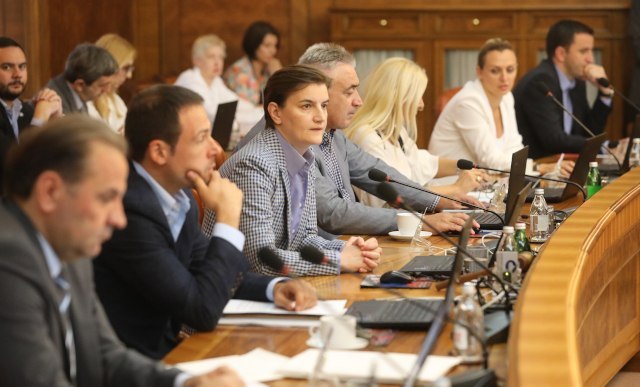 This decision has been made in order to secure, through coordination of services of the Republic of Serbia and cooperation with journalists and similar institutions from the region, that the fight against the impunity for murders of journalists is continued, the government announced on Thursday.

The president of the commission, Veran Matic, reacted to this by issuing a statement, saying the decision was very important in the fight against impunity for murders of journalists. The results of the work of the commission have been confirmed both domestically and internationally, he writes - by organizations such as the OSCE, UNESCO, the UN, the Committee to Protect Journalists, Reporters Without Borders.

"This decision is the answer to the data of the Association of Journalists of Serbia about over 40 killed and missing journalists from the territory of Serbia in the past period. Despite the fact that there are international agreements on investigations related to those killed and missing, there has been no progress in the detection of facts related to the killed and disappeared journalists and media workers in Croatia, Bosnia-Herzegovina, and the Autonomous Province of Kosovo and Metohija," Matic said, and added:

"There has been no serious progress either in cooperation between the prosecutor's offices, the police, etc. In particular, there has been no focus on the cases of murdered and kidnapped journalists. Therefore, the decision to include representatives of the War Crimes Prosecutor's Office and the War Crimes Service of the Ministry of the Interior is a move towards a constructive engagement in shedding light on the murders and kidnappings of journalists. Discovering the fate of journalists from Serbia's territory is with this given new opportunities."

At the same time, a systemic legal space for the participation of the institutions of Serbia in the efforts to shed light both on the murders and disappearances of journalists from the region was created, he said,

"I hope that the International Committee to Protect Journalists from New York will accept that there were other victims in Serbia, in addition to the murder of Slavko Curuvija, i.e., that they will finally include the 16 media workers of Radio Television of Serbia killed (in NATO airstrikes) on their list of killed journalists and media workers will, and in this way,give an important contribution to the fight against impunity, because such a recognition would make it possible to make more efficient actions in collecting data on who issued the order to bomb a media house for the first time in history," Matic said.

In Serbia, the Commission has created a model that is already being used to campaign against violence against journalists, along with the OSCE Media Freedom Commission, it is the winner of the Bronze Lion at the Cannes Festival. Leading international organizations, from the UN, to journalist associations, have recognized the engagement of the Commission as one of a few successful responses to impunity for the murder of journalists, he noted.

"I expect first progress in discussions on the ways in which investigations can be conducted in cases of five missing Serbian journalists in Kosovo and Metohija, as well as the killing of nine journalists. Also, we will talk with colleagues and representatives of competent institutions in Croatia about the investigations that were done or did not exist in cases of the killings of our colleagues during the war operations," Matic continued.

"It is therefore important to build mechanisms that will enable us to oppose attacks on journalists, also beyond the borders of our states... Perhaps the best example for the necessary cooperation is the case of the murder of Ivo Pukanic. This case speaks plastically about the need to cooperate because it happened in Croatia, while Serbian, Bosnian, and Croatian citizens who have been convicted took part in the murder and its planning, while the person who ordered the murder has not yet been discovered and who could be from a fifth country," Matic said, and concluded:

"It is impossible to expect that all cases can be solved through the engagement of a commission, but it is very important to establish mechanisms that have shown their effectiveness on a wider scale, within legal standards and with a strong political will to clarify the fate of the killed and missing journalists. This activity is very important at a time when there are growing threats and attacks on journalists, and when we have a growing rate of impunity. Every unresolved attack on journalists represents new enticement, while every effort to solve these cases is the basis for preventing such attacks in the future."