Djuric: Hoxha is dead, and Albania has no border with Kosovo

Albanian Minister Pandeli Majko saying that "the border between Albania and Kosovo" will be opened starting on January 1 "lacks seriousness and responsibility." 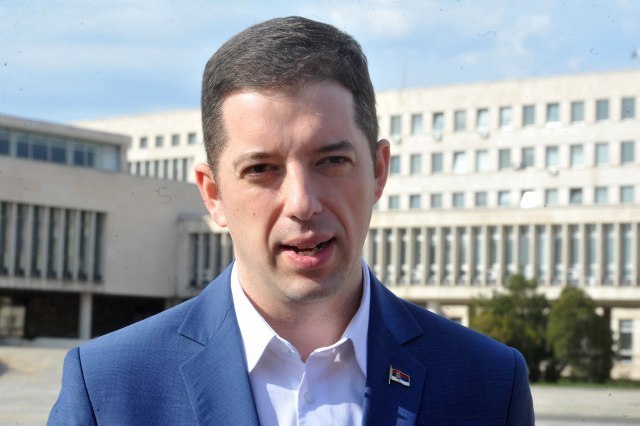 Director of the Office for Kosovo and Metohija Marko Djuric reacted in this way on Thursday, adding that the statement of the Albanian minister in charge of the diaspora only served to further aggravate relations in the region.

"Enver Hoxha is dead, while Greater Albania there is not happening and will come to nothing. Kosovo and Albania have no border, instead there is a border between Serbia and Albania and it is 111 km long," Djuric said.

He recalled that the border between Serbia and Albania ranges from the tri-border area between Macedonia, Albania and Serbia, to the one between Serbia, Montenegro and Albania, and pointed out that this is the only border that exists and can exist.

"According to (UN Security Council) Resolution 1244 we are the ones who have the right to use the border crossings of Cafa, Prusit and Vrbnica and have our staff there, but it seems nobody cares about that anymore. Just as no one in the international community cares about such mongering and threatening statements which come from different Albanian representatives every day," Djuric said, and reminded that Majko made this statement in the presence of the top representatives of Kosovo and Metohija - Ramush Haradinaj and Hashim Thaci.

Djuric emphasized that this statement undermines the efforts to normalize fragile relations in the region, and build better relations between the Serbs and the Albanians.

Djuric also said that he expects and demands the international community to react and raise the issue of "what would happen if some Serb representatives said that the border would be abolished, not between Serbia and some neighboring country, but that an administrative crossing (between Kosovo and central Serbia) would be abolished."

He said that such statements also demonstrate how lacking in seriousness and responsibility some politicians in central Serbia are, "who advocate the thesis that nothing should be solved on the issue of Kosovo and Metohija and who lie to the people that everything can stay the same."

"I don't know what they're thinking. Do they think we should wait for the Albanians to one day fulfill one of their threats," Djuric concluded.