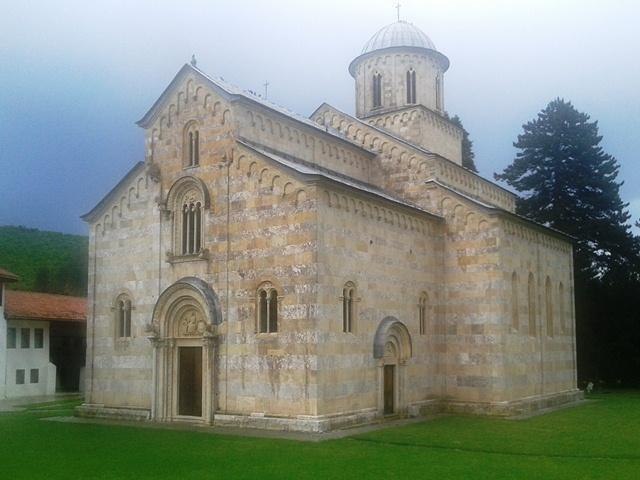 Pristina also must adhere "to its international commitments regarding the protection of religious and cultural heritage and the rights of its communities' members," they said.

Tis statement was made following the visit by EU heads of mission to Decani Special Protective Zone on July 26.

They also welcomed an agreement reached among members of the Implementation and Monitoring Council for building the Decani-Plav road.

"While the EU recognizes the value of roads that link communities, applicable procedures must be followed. Prior to any activity affecting a Special Protective Zone, the Implementation and Monitoring Council (IMC) must be consulted and its decisions be fully respected, in the interest of safeguarding religious and cultural heritage and upholding the rule of law in line with Kosovo's international commitments. The EU recalls Kosovo's previous commitment not to commence work on the road until the bypass route is fully planned and funded, and urges that this commitment will be upheld," sad the statement, published on the Facebook page of the EU office in Pristina.

The Serbian Orthodox Monastery of Visoki (High) Decani, meanwhile, believes that the building of the Decani-Plav road violates the Law on Protective Zones, which also covers the property of the medieval monastery.

The Serbian Orthodox Church (SPC) Diocese of Raska and Prizeren is insisting on these works being suspended. In May, the head of the EU office in Kosovo and the US ambassador in Pristina supported them in this.

Namely, the Diocese has so far repeatedly warned against the violation of the Kosovo law which explicitly states that construction of transit roads through protected areas is prohibited - and this area is among the most important cultural and historical monuments, including the monastery itself, which is a UNESCO World Heritage protected site.