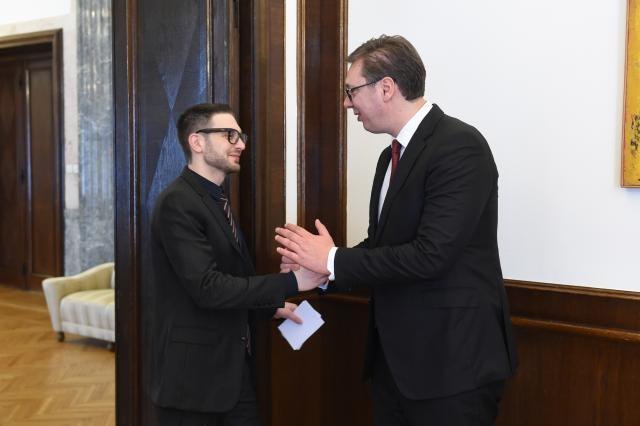 According to a press release from Vucic's office, they spoke about the situation in the region, the support of the Foundation to EU integration of Serbia, and reforms in the field of media and the rule of law.

"President Vucic informed Soros and members of the delegation with the situation in Kosovo and Metohija and the progress of the dialogue between Belgrade and Pristina," the press release said.

"The topic of the discussion also included the support of the Foundation to a regional economic zone. Alexander Soros expressed his gratitude to the president of Serbia for the support that tOpen Society Foundations has in Serbia. He emphasized that the Foundation will continue to support Serbia on the European path, as well as reform and democratic processes. He welcomed the continuation of the Belgrade-Pristina dialogue and the constructive role of Serbia in maintaining stability in the Western Balkans region."

This is the fourth meeting between Vucic and Soros in less than a year.

Soros also met with President of the Serbian Chamber of Commerce Marko Cadez on Thursday evening.