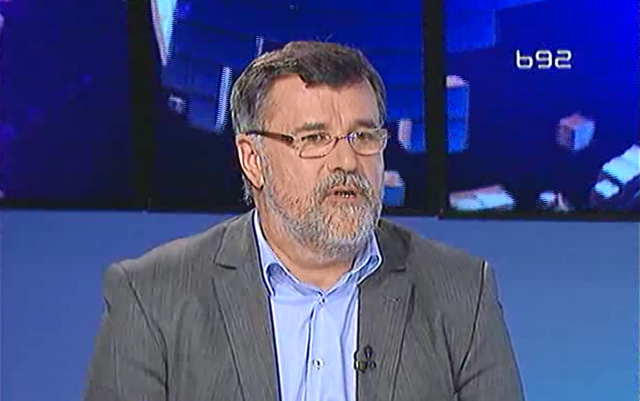 The commission's president, Veran Matic, said this on Thursday.

Matic said Tintor accused the Commission of "exerting pressure" in order for statements that were not given before the prosecution or the court to be inclued in the court procedure.

"When I asked him to prove this claim, Tintor was forced to admit that he reads the newspapers with misunderstanding. It turns out he attributed to me the words he found in an article by another journalist," Matic said, and added:

"He then changed his tactics and decided to deprive me of the status of journalist, arguing that I had lost that status by joining the Commission, since the Commission was established by the government of Serbia."

"According to the position held by the president of the Bar Association of Belgrade, if you do not leave your murdered colleague to oblivion, if you do not allow those responsible for murders of journalists to enjoy impunity for their crimes against journalists that last for almost two decades, you lose the right to be a journalist and to express yourself freely in that profession," Matic said.

"It won't go that way. The Bar does not have the right to deny journalists the right to be journalists and to fight against impunity for crimes against journalists. The Bar Association cannot and should not deprive journalists in Serbia of their right to freely criticize the judiciary. The intimidation of journalists will not pass, nor will Tintor's initiative to criminalize freedom of opinion and to punish journalists and editors who critice courts with three years in prison," Matic said, and concluded:

"What Jugoslav Tintor can do is turn the Bar he is heading into logistic support to lawyers who defend the heads of the State Security Service and their assistants accused of killing Slavko Curuvija. I'm afraid he has already succeeded in that. In an effort to hurt journalists, he has caused damage to his own profession."